WHAT SAME SEX MARRIAGE MEANS TO ME

On April 27, 1953, President Dwight D. Eisenhower signed an Executive Order authorizing the federal government to investigate its employees for evidence of homosexuality. If evidence were found, the employee was to be terminated immediately.

On June 15, 2020, the Supreme Court of the United States ruled that such an order (if it still existed) would be unconstitutional. A whole lot of stuff happened in between.

In this one-person show, the storyteller (the playwright, a performer, and a man who loves other men) describes how it all went down. He should know; he was born in 1953, and he lived through most of it.

The story takes the form of a Cinderella tale. Given the forsaken cultural circumstances which our hero found himself in, in his youth, would he ever be able to manifest his inner brilliance? The narrative navigates the highways and byways of the societal revolution that took place in the United States during the second half of the 20th Century, considering the place of cultural icons such as Liberace, Anita Bryant, and Harvey Milk, as well as historical events such as the AIDS crisis, Bill Clinton’s election and several Supreme Court rulings. It also looks to the future and the need to stay vigilant and to “always remember”. 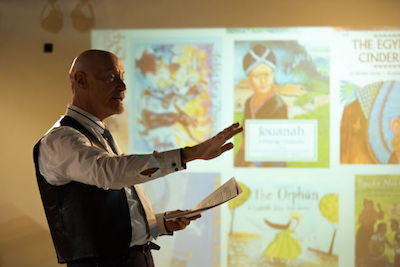 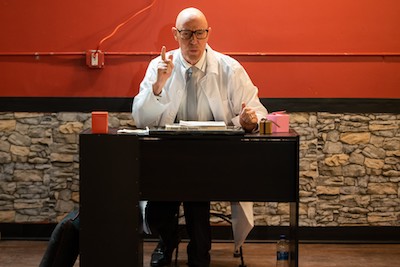 A performed 75-minute story, designed to be brought to life by the playwright. Production types include: 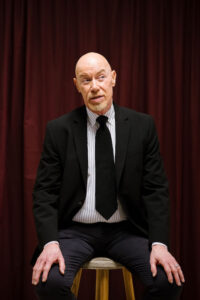 The inspiration for What Same Sex Marriage Means to Me was a bit of a "Eureka!" moment.

I saw the play What the Constitution Means to Me, by the terrific Heidi Schreck, on Broadway in NYC in 2017. In this wonderful autobiographical play, the playwright (and performer) begins in 1986 as a teenager competing in public speaking contests, delivering a speech whose title was “What the Constitution Means to Me.” It ends with the performer as her present-day 46-year-old self, reflecting on what the constitution now means to her, given the social and cultural experiences she has lived through and the discoveries she has made about herself and her family. I loved it and was actually surprised. My initial thought about the play was that it was likely to be anti-theatrical and didactic. I only went because I had a free night in New York and people were saying good things about it. (The play would later be nominated for both a Tony and the Pulitzer Prize, showing how wrong my first instinct was.)

I was enthralled by the story and realized that I myself had a powerful story to tell. As a man who loves other men, I had lived through a period of American political and cultural history during which the rapidity and the scope of the societal transformation in my area of interest, gay rights, which culminated in my marriage to my now-husband in 2013, had been quite astonishing. And I had had a front row seat for the whole thing!

I wrote the first draft over a summer and was able to participate in different kinds of readings of the play. I was able to hear other people (young, old, men, women) play the part of “me” and fell in love with myself, as I heard other people bring my story to life. A workshop production took place in the spring of 2021 in Columbia, Missouri.

I loved being able to reflect back on my experiences and was able to actually realize how challenging it had been to be “different” during that period of American history. I was able to reflect also on the spiritual tools I used to manage my reality during that time, tools which would prepare me to be fully present when the radical transformation took place.

In light of recent political events (as I write in 2022), the message seems more timely and important than it did when I wrote it!